The League of Women Voters of Albany County celebrates 100 years

ALBANY — The League of Women Voters of Albany County (LWVAC) will celebrate its 100-year history and honor 16 Life Members who have been part of the League for more than 50-years at a gala on Nov. 17 at 5 p.m. at Congregation Beth Emeth in Albany.

Dr. Deborah Turner, president of the League of Women Voters of the United States, will join the Albany celebration to share her thoughts on members’ important role in strengthening democracy. Melissa Hale-Spencer, editor, publisher and co-owner of the Altamont Enterprise, will act as master of ceremonies.

“We give warm thanks to the generous spirit of our Life Members, for their leadership in the critical work of supporting voter education and civic engagement with all levels of our government,” said MaryKate Owens, LWVAC president. “Our nonpartisan advocacy has taken many forms: ensuring fair access to the polls, helping build a library in Colonie, ending political patronage on school boards, working for equity in climate justice, and fighting for transparency in government. We are committed to doing this work now and for many years to come.”

The evening’s program will include a silent auction, photo opportunity area, a civics quiz, history table, music by Sonny & Perley, hors d’oeuvres, and a cash bar. Attire is dressy casual or business.

Gala sponsors include Congregation Beth Emeth, Price Chopper, and the Academy of Holy Names. Tickets are available at  https://LWVAC100Years.eventbrite.com.

COEYMANS — Longtime Town Historian Harry Sturges resigned from the post effective July 15 and his colleague, Joseph Boehlke, will replace him.

Sturges, who also compiles a weekly column, “News from the Past,” for the Ravena News-Herald, wrote a letter to the board July 11 announcing his resignation, citing health reasons.

Town Councilwoman Linda Bruno seconded the motion and the resolution was unanimously approved by the board.

McHugh said the town will do more at a future date to recognize Sturges’ dedication to the town over many years. In addition to serving as the town’s longtime historian, Sturges has worked as a town judge and in the town assessor’s office, McHugh said.

“He has had all kinds of different roles with the town, including town historian,” McHugh said. “Sixty-five years is a long time. We can’t thank him enough.”

In a second resolution, made by Bruno, Joseph Boehlke was appointed the new town historian.

McHugh told the new town historian he has a big act to follow after Sturges’ many years with the town.

“Joe, you have big shoes to fill, I’m sure you know that, but I have every confidence that you will fill them fine, and we look forward to you coming on as town historian and picking up the ball and taking it down the field from where Harry left off,” McHugh said. “Thank you for accepting this appointment.”

McHugh conducted the swearing-in ceremony, with Bruno holding the Bible as Boehlke took his oath of office.

He agreed Sturges left a big act to follow.

“These are big shoes to fill,” Boehlke said. “It’s hard to follow Harry. He’s been a great mentor for me.”

The crash occurred Wednesday morning. The names of the victims have not yet been released.

State police announced at 11:08 a.m. Wednesday that Route 9W was closed in both directions for a serious vehicle collision investigation.

The road was reopened in both directions as of 2:57 p.m., according to police.

Check back for more details on this developing story. 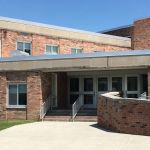 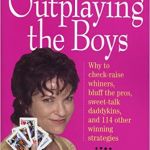